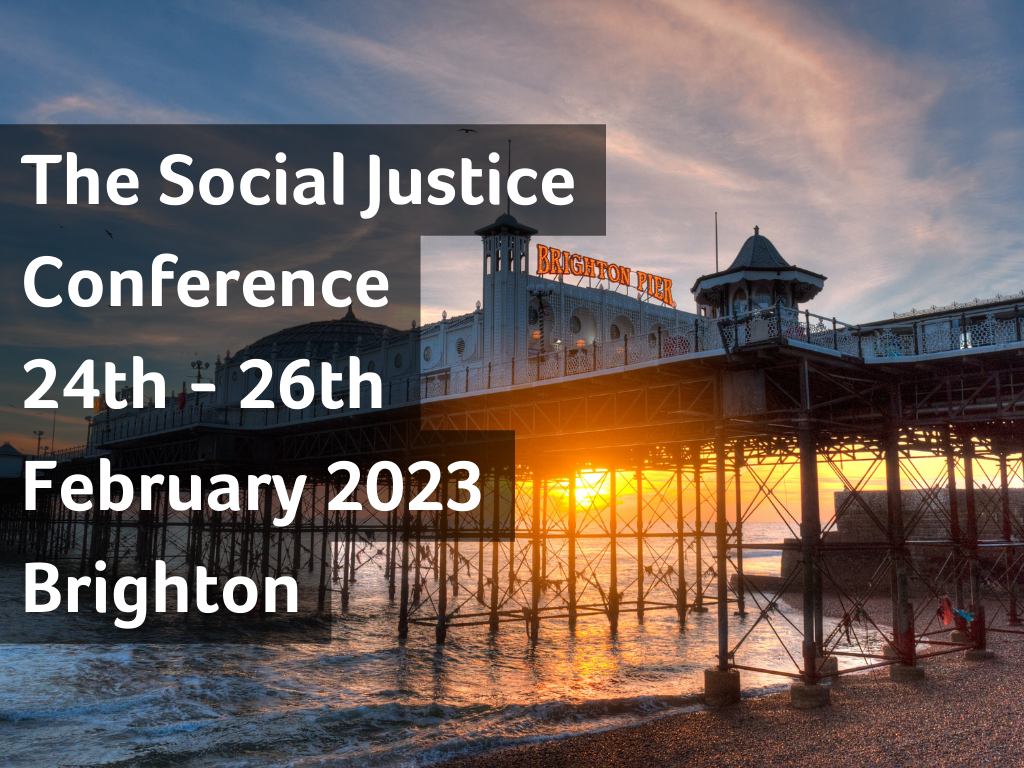 Bringing together stakeholders to discuss and collaborate, with a range of international and national speakers and organisations.

Keep an eye on this page for keynote speaker announcements, workshops and other event details.

If you are interested in sponsoring this event or having an information table where you can share the work you do please email: pkrykant@cranstoun.org.uk 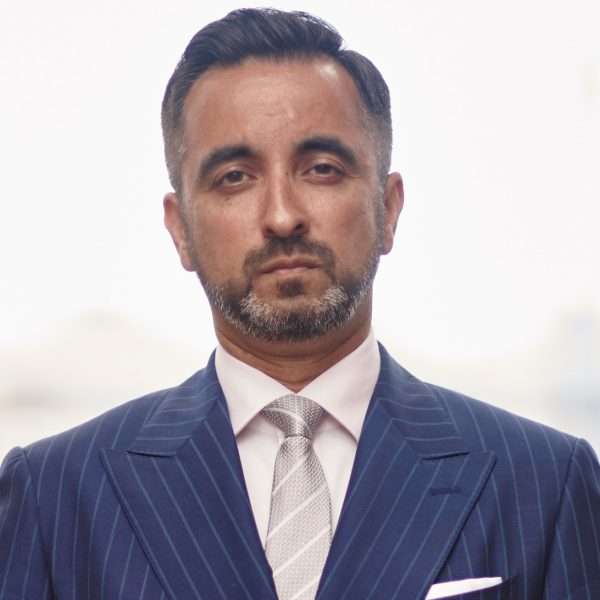 Brought up in Liverpool, Aamer came to Scotland in 1986 graduating from Glasgow University in 1994. In the 90s he was the Scottish organiser for the Anti-Nazi League and over the years has led campaigns against detention of families at Dungavel, played a leading role in the Stop the War Coalition, is as Trustee of the TIE campaign for inclusive LGBTI education and fought against Islamophobia and extremism. In 2021 he successfully negotiated the release of two immigration detainees in Kenmure Street, Glasgow following a huge street protest to stop their deportation.

In 1995 Aamer made legal history in a successful civil action against Glasgow Police for a racist attack on him in 1991 that saw his front teeth smashed out.

A lawyer since 2000 Aamer has been instructed in some of Scotland’s highest profile cases. He was instructed by the relatives of deceased Libyan Al-Megrahi to posthumously appeal the ‘Lockerbie Conviction’, as well as the defence of Catalan politician Professor Clara Ponsati from extradition to Spain. He acts for the family of the death in police custody of Sheku Bayoh, called Scotland’s George Floyd, as well for the families of Katie Allan and William Lindsay who took their own lives in Polmont Young Offenders Institution. Most recently he was at the heart of the campaign to expose institutional racism at cricket Scotland.

He is one of the lead solicitors acting for Covid19 bereaved families for justice at the UK Public Inquiry as well as the Scottish one. In 2020 he acted successfully for Peter Krykant after he set up a safe drugs consumption  van after Priti Patel refused demands from the Scottish Govt and Glasgow  City Council to allow such a facility.

His unrelenting 18 year campaign helped secure a conviction in October 2016 for the murder of Surjit Singh Chhokar- described as Scotland’s Stephen Lawrence. The case was credited as having placed victim’s rights at the heart of the criminal justice system. Aamer is a champion for the voiceless and some of the most marginalised members of our community. His passionate combination of campaigning and sheer determination to secure justice and truth has brought hope and change to the lives of the clients he has fought for. One of Scotland’s top criminal and human rights lawyers, he sets parameters in the justice debate and built a fearsome reputation in cutting edge civil liberties law. 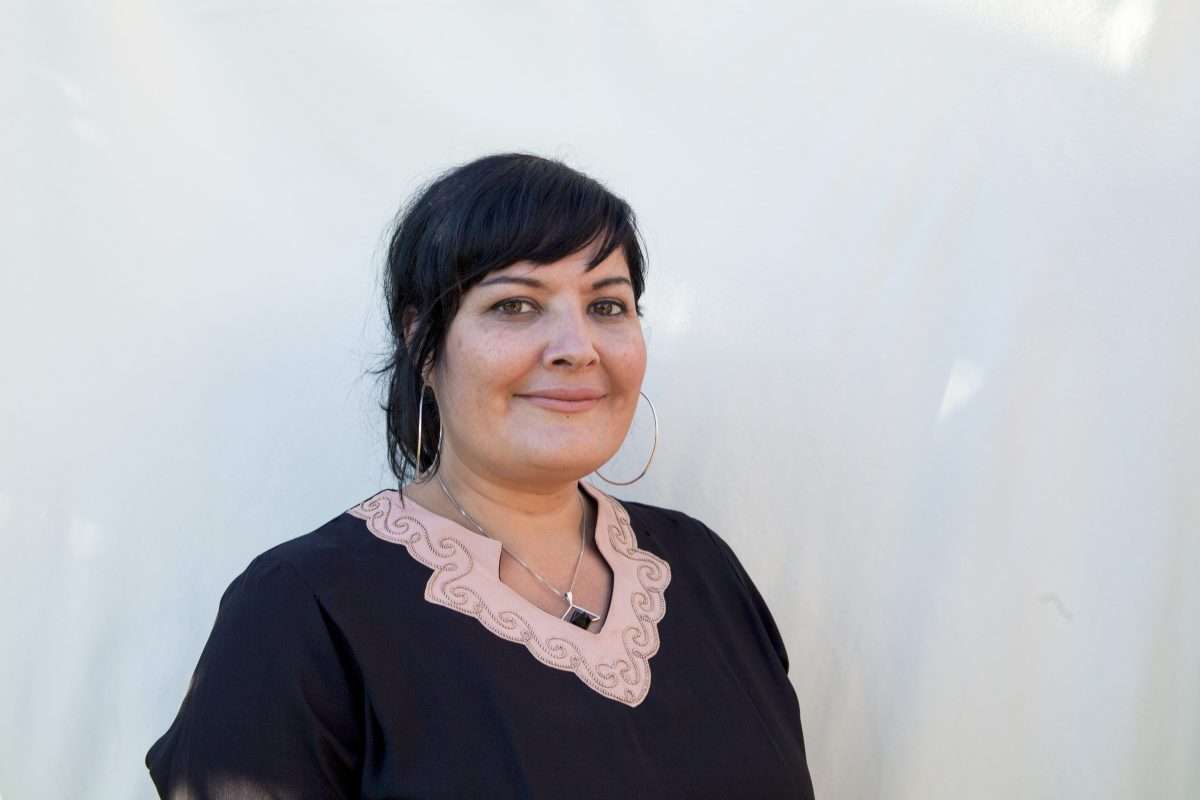 Zoë is a long-time drug user advocate, harm reduction worker, organizer, and scholar in Toronto, Ontario, Canada. She is currently the inaugural Community Scholar at MAP Centre for Urban Health Solutions and a co-organizer with the Toronto Overdose Prevention Society. For the last two decades her work and advocacy has focused primarily on issues related to hepatitis C, HIV, drug policy, poverty, homelessness and overdose. She has been instrumental in addressing the toxic drug death crisis, widely known for helping to establish an unsanctioned overdose prevention site in Moss Park, which ran illegally for a year before receiving funding and moving inside. She is the recipient of several awards, has published many works and is engaged with a number of research projects. She holds a master’s degree from York University in the Faculty of Environmental and Urban Change where her work focused on the experiences of people who use drugs with mandated drug treatment. 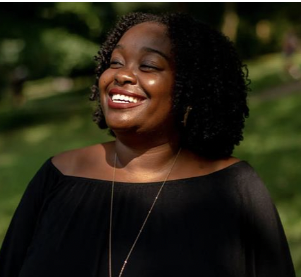 Kassandra Frederique is the Executive Director of the Drug Policy Alliance, a national nonprofit that works to end the war on drugs—which has disproportionately harmed Black, Latinx, Indigenous, immigrant, and LGBTQ communities—and build alternatives grounded in science, compassion, health, and human rights.

During her time at DPA, Frederique has built and led innovative campaigns around policing, the overdose crisis, and marijuana legalization—each with a consistent racial justice focus. Her advocacy, and all of the Drug Policy Alliance’s work, lies at the intersection of health, equity, autonomy, and justice. She has mobilized cities to rethink their approach to drug policy from the ground up and has helped bring the dialogue around safer consumption spaces to the national level through strategic organizing and partner development. Among other victories, Frederique was the architect of the campaign that cut the number of New York City marijuana arrests by more than 99% since 2010, curtailing the city’s infamous reign as the marijuana arrest capital of the country.

Throughout her work, Frederique has been a powerful advocate for working closely with people who have been directly impacted by the war on drugs, and she has built strong alliances with partners in New York and beyond. She has been instrumental in grounding the national drug policy conversation around reparative justice and restitution for communities harmed by the war on drugs.

Additionally, Frederique is actively working with the In Our Names Network and other efforts across the country to resist drug war-fueled state violence.She has been featured in the New York Times, MSNBC, USA Today, National Public Radio, and the Netflix documentary Grass is Greener. She has received numerous awards, including the Activist Award from SEIU32BJ, New York City Council Women of Distinction, VOCAL New York’s Joe Bostic Advocacy Award, National Advocates for Pregnant Women Emerging Leader award, and was recognized on both Essence Magazine’s Woke 100 and The Root’s ROOT100. A New Yorker, Frederique holds a M.S. in Social Work from Columbia University and a B.S. in Industrial Labor Relations at Cornell University. 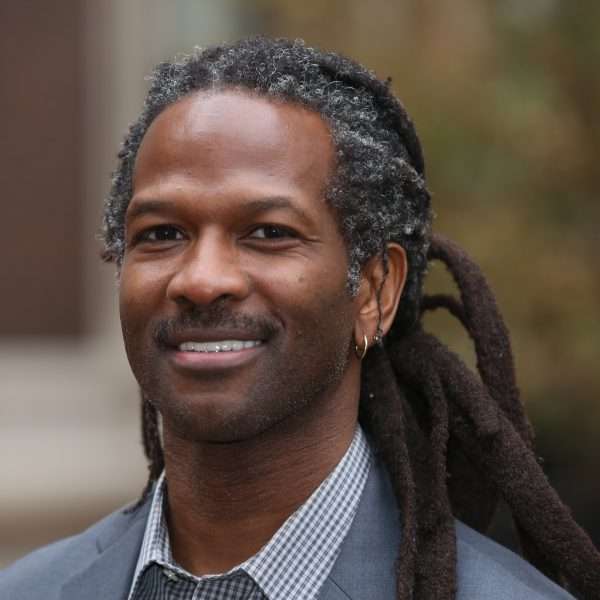 Carl L. Hart is the Mamie Phipps Clark Professor of Psychology in the Departments of Psychology and Psychiatry at Columbia University. He is also a Research Scientist at the New York State Psychiatric Institute. Professor Hart is one of the world’s preeminent experts on the effects of so-called recreational drugs on the human mind and body.

He has published more than 100 scientific and popular articles in the area of neuropsychopharmacology and has received numerous awards for his research and teaching. His book High Price was the 2014 winner of the PEN/E.O. Wilson Literary Science Writing Award. He is co-author of the textbook Drugs, Society and Human Behavior (with Charles Ksir) and his latest book Drug Use for Grown-ups has changed the national conversation on responsible drug use. 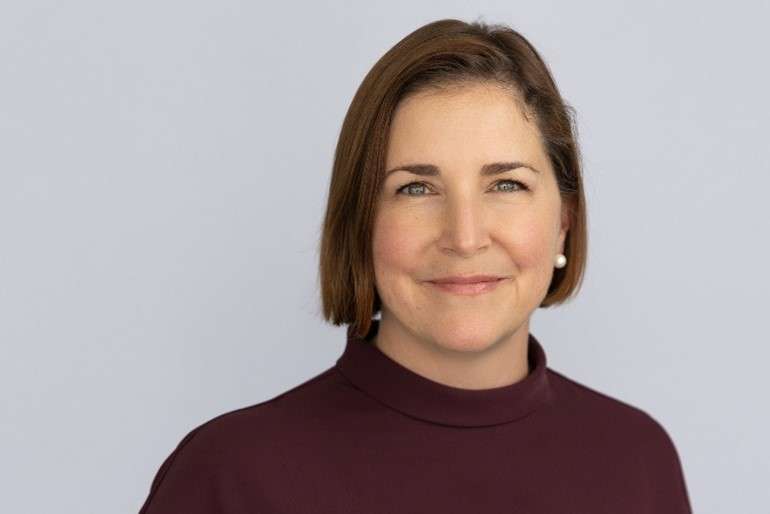 Since her appointment to the role of Domestic Abuse Commissioner for England and Wales in September 2019, Nicole has begun energetically putting her 20 plus years of experience in domestic abuse policy and intervention to work, driving improvements to transform the response to domestic abuse in England and Wales. She is committed to championing victims and survivors of all ages, status, and backgrounds, and to shining a light on practises that fail them.

Nicole began her career at the Alabama State Coalition Against Domestic Violence in the United States. In 1999, she came to London as an early worker at ADVANCE, one of the first advocacy (now DVA service) services in the UK. In 2000, she began working at Standing Together Against Domestic Violence, expanding the coordinated community response efforts into health settings. Before becoming CEO of Standing Together in 2013, she held a number of senior leadership positions at highly respected organizations, including Special Projects Director at SafeLives, and Senior Operations Manager at Refuge. 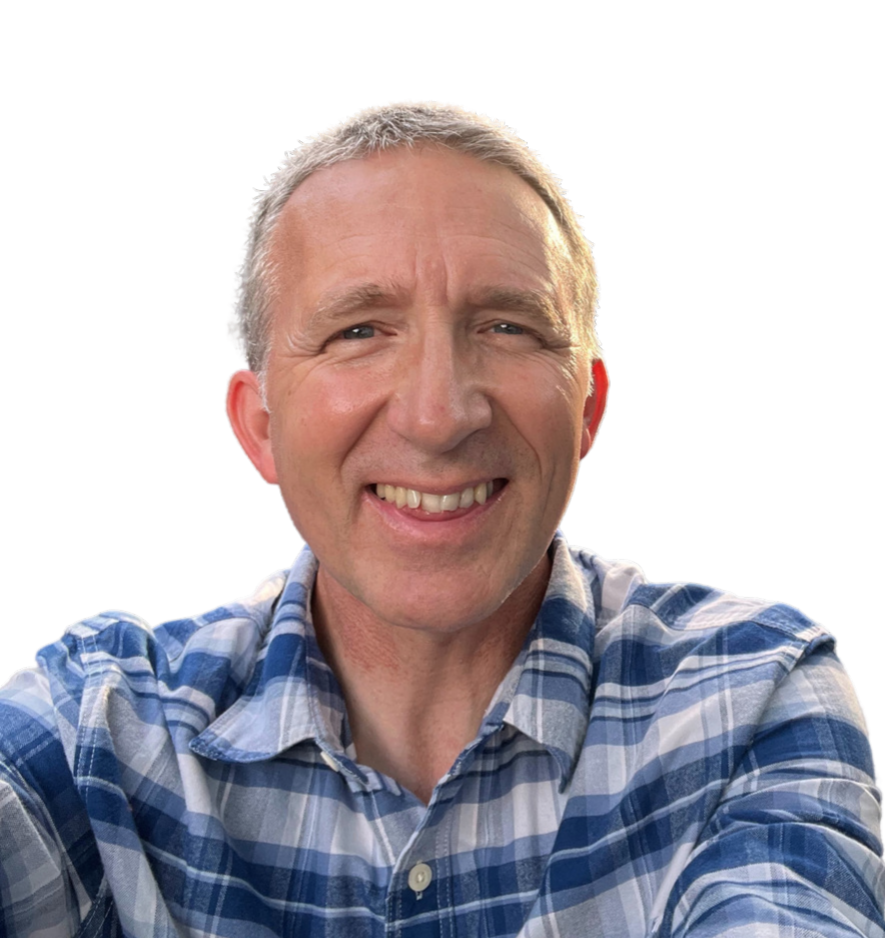 In Jason’s time as a police officer, he came to understand the unintended consequences and subsequent damage caused by marginalisation and inequality within the justice system, and became a passionate advocate for challenging stigma and diverting people away from the criminal justice system. He helped to develop the Thames Valley drug diversion scheme, which enables everyone found with controlled drugs an assessment of their use and education/harm reduction without the need for arrest, interview nor admission of guilt. This scheme has been a catalyst for health based drug interventions across the UK and further afield, also leading to policy changes within education to negate the need for exclusions. The diversion scheme harmonises with a whole system approach to engage all communities.

He regularly sits on panels of events where he shares his knowledge on evidence-based drug diversion, and on emerging schemes in the UK, such as recent events held by the UN Commission on Narcotic Drugs and international partners ISSUP, PTACC and GLEPHA.

Imani Mason Jordan (they/them) is an interdisciplinary writer, artist and educator. They are co-director of the Drug Policy and Racial Justice short course at Birkbeck, UoL alongside Dr Kojo Koram, and the former Communications Strategist and editor of TalkingDrugs for Release, the national centre for expertise on drugs and drugs law in the UK. They are author of ‘Towards an Abolitionist Drug Policy Reform’ in The Impact of Global Drug Policy on Women: Shifting the Needle (2020) and co-author of ‘Decolonising Drug Policy’ (2021), Harm Reductional Journal 18:120.

Alongside Camille Barton, Imani was co-producer of RE:GENERATE in 2018, a black-led arts festival that focused on the intersections of drug policy, harm reduction and racial justice. Imani has spoken at numerous drug policy conferences, and was plenary speaker at HR19 in Porto, Portugal. 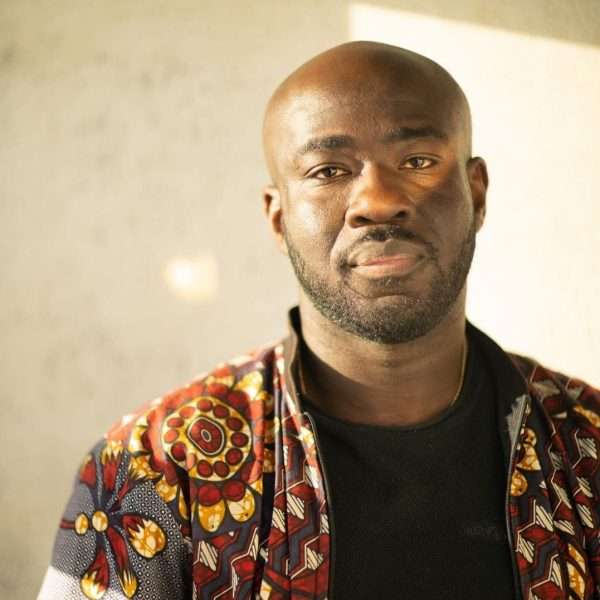 Kojo Koram is a writer and an academic, teaching at the School of Law at Birkbeck College, University of London. Born in Accra, Ghana and raised on Merseyside, he is now based in London. He was called to the Bar of England and Wales in November 2011 and received his PhD in September 2017. In 2018, the Association for the Study of Law, Culture and the Humanities awarded his PhD the prestigious Julien Mezey Award.

In addition to his academic writing, he has written for the New Statesman, the Guardian, Dissent, The Nation, and The Washington Post and has appeared on CNN and Sky News. He is the editor of The War on Drugs and the Global Colour Line (Pluto Press 2019) and author of Uncommon Wealth: Britain and the Aftermath of Empire (John Murray 2022). 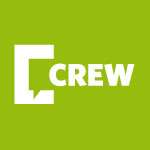 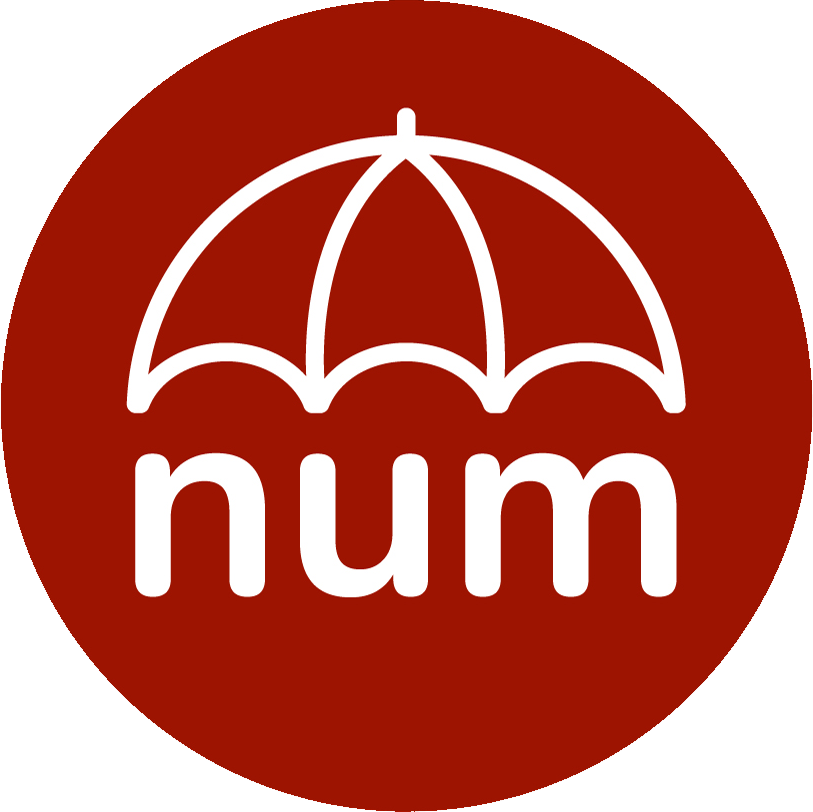 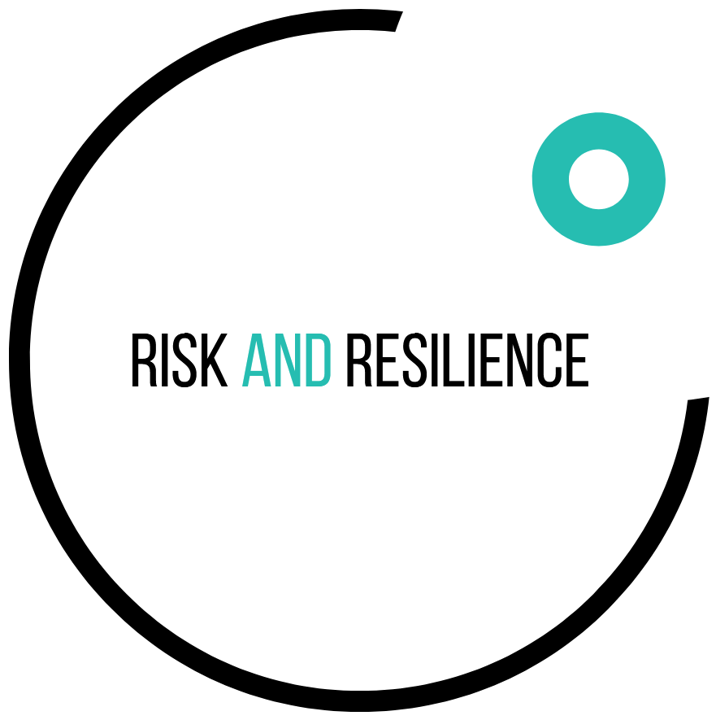 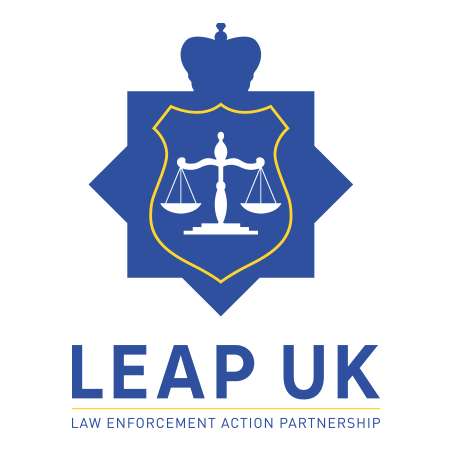 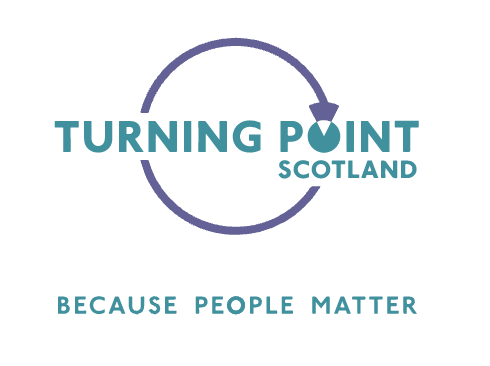