People are at the heart of everything we do here at Cranstoun.

Have a look at some of the success stories below, that have been kindly contributed by the people we work with. 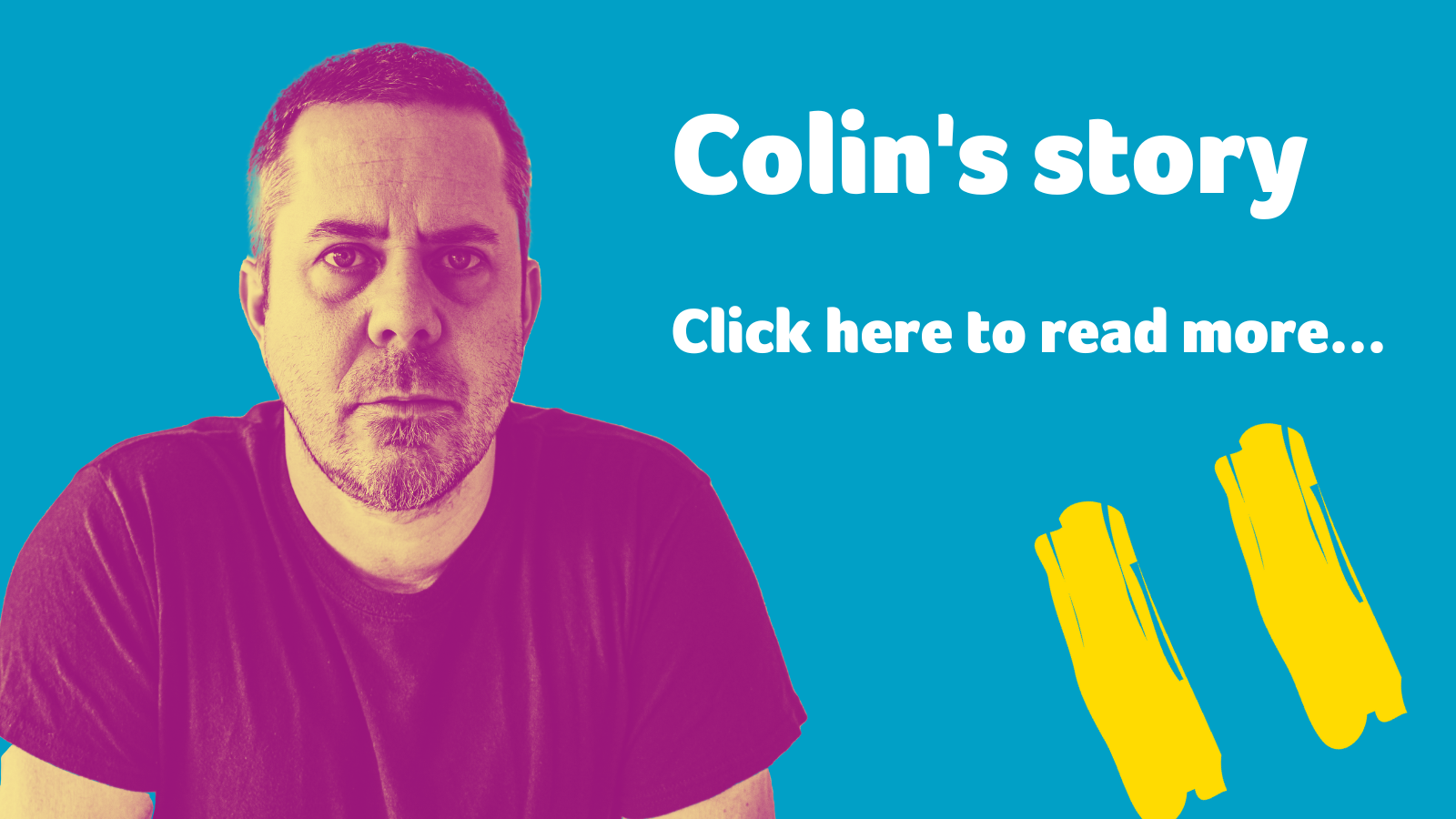 Colin was the victim of coercive control & financial abuse at the hands of his wife. He reached out to Cranstoun at his lowest point with concerns for his son’s wellbeing & fears that his wife might carry out her threat to take their son overseas & away from him forever.

Colin reached out to us in January 2020 when things got too much for him at home. A banker working full time in a good job, he lived with his wife and 10-year old son in a nice home which they owned jointly. But things were not all good. Colin came to us looking for advice because he was concerned about the effect that his wife’s behaviour was having on his son. He described that she was verbally abusive towards him and was using his credit cards when he didn’t have the money, without his consent and against his wishes.

In the months that followed, Cranstoun worked with Colin to support, protect and guide him. He was advised to contact social services to safeguard his son; to contact the Safeguarding Lead at the police and to apply for a ‘Prohibited his Steps Order, which would legally prevent his wife from taking their son overseas as she had threatened. Colin was also encouraged to make an appointment with his GP to address his mental health issues, where he was prescribed antidepressants.

Colin was now equipped with the information and tools that he would need to make changes, and a platform where could discuss his concerns. He didn’t want to leave the family home because of his son, and he was worried about having to pay for legal fees. But he was beginning to understand that he was a victim, and that his son was a victim as well.

In March of the same year things came to a head. Colin came home from work to find that his wife had ordered a fridge freezer that they didn’t need and couldn’t afford. In the argument that followed she called the police who advised that she should go and stay with family. She left taking their son. The police had witnessed her threatening behaviour towards Colin and suggested that he changed the locks to the property, which he did. When Colin’s wife couldn’t get in a few days later she was furious, and tried to break in. Once again the police were called. Colin arranged for her to come round a few days later, at a convenient time, to collect her things. He tried to be reasonable but was met with continued abuse.

As the weeks progressed, Colin’s wife refused to let him see his son and demanded large amounts of money off him, although she was also working full time and despite Colin still having to pay for their mortgage, the bills, his legal fees and the money he was sending to the family with whom his son (and wife) were staying. Colin was worried that he would lose his home and would not be able to hold down his job. He felt that his wife would know this, and this was why she was behaving in that way.

Cranstoun continued to support and encourage Colin. He was advised to keep a detailed record of all of his finances, including the money he was sending for his son’s upkeep. In the meantime, Colin’s wife applied for a Non Visitation Order against the opinion of social services, as well as Non Molestation and Occupation Orders to prevent Colin from being in their home. The hearings were set for early July, and both parties were asked not to contact each other. Colin’s wife refused.

On the day of the hearing, Colin’s wife changed her mind and withdrew Court Order applications. She still felt that she should have access to the home, but when the judge heard the evidence he felt that this was not advisable. For Colin, the best news was that a child contact arrangement hearing was scheduled for the end of the month. There was hope that Colin would be allowed to see his son again.

Colin is now in control, feels empowered, knows better how to react and where to turn to for help. Cranstoun has closed the case, but Colin knows he can pick up the phone at any time.

“I’m now working voluntarily with women who have been/are victims of domestic abuse, as I feel I want to give back to the services and wonderful people who supported and held me through my own experiences”.

Watch this video to see the impact that Transform, one of our domestic abuse services has had on survivors.

*The names in this video have been changed and some content may be distressing for viewers. 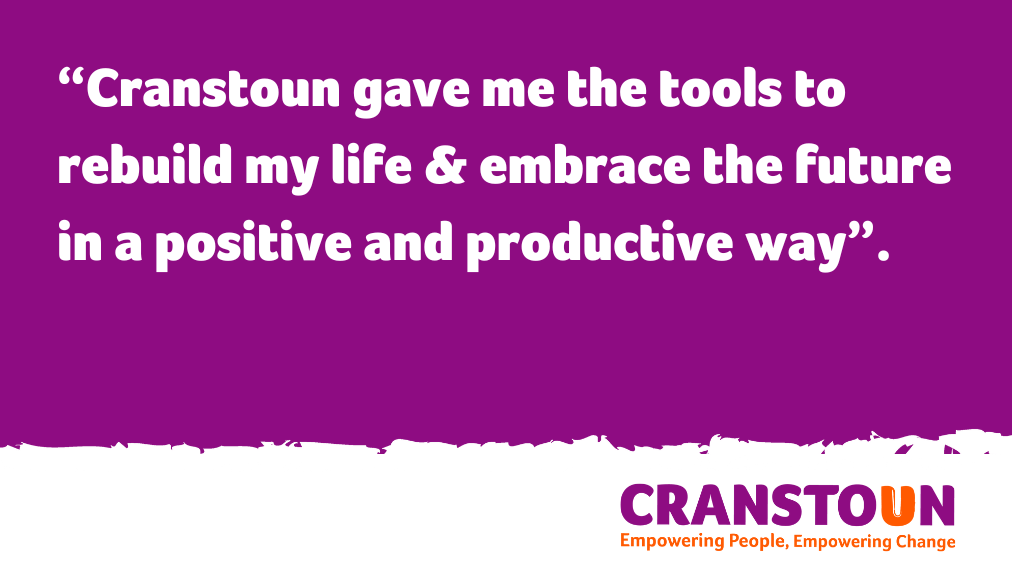 He then took the brave jump towards paid employment, and with his compassion, incredible story and dedication to helping others, Jay now works for Cranstoun as a recovery worker. 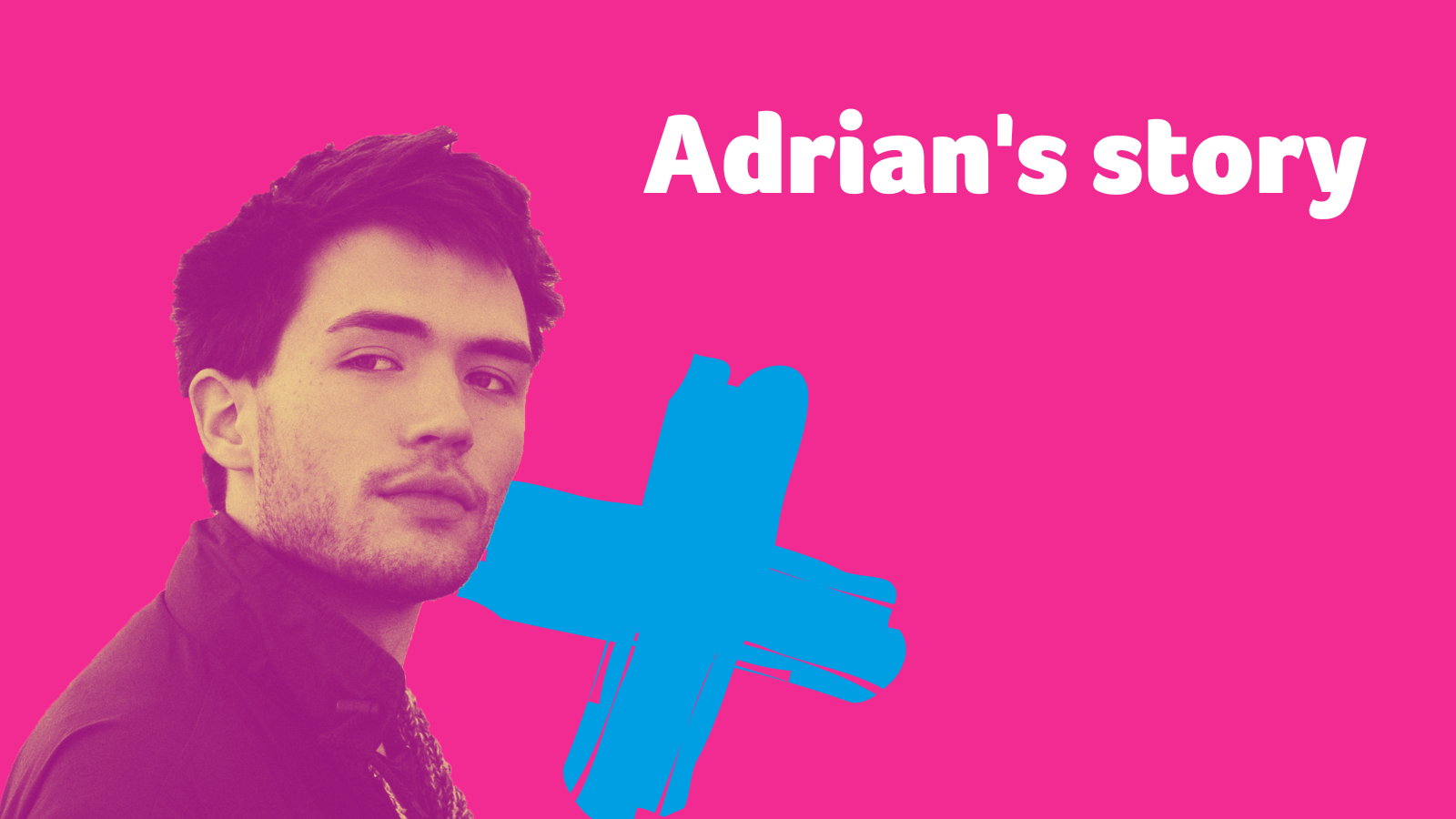 “You have to point yourself in the right direction and keep walking. I was scared about giving up but the service showed me I’m not the only one and it can be done”.

Adrian worked alongside Cranstoun through our alcohol and other drugs service. When asked about working with Cranstoun, he said,

“I am now sober for 10 months and this I put down to the support I have received. I now live a fairly normal life, and no longer live my life around alcohol, wondering when I can have my next drink”.

Nyssa was groomed and sexually abused from a very young age. Now in her forties, she has experienced despair and near death at the hands of three separate abusers. Nyssa is a survivor. Watch her story, and learn about how Cranstoun supported her in recovery. 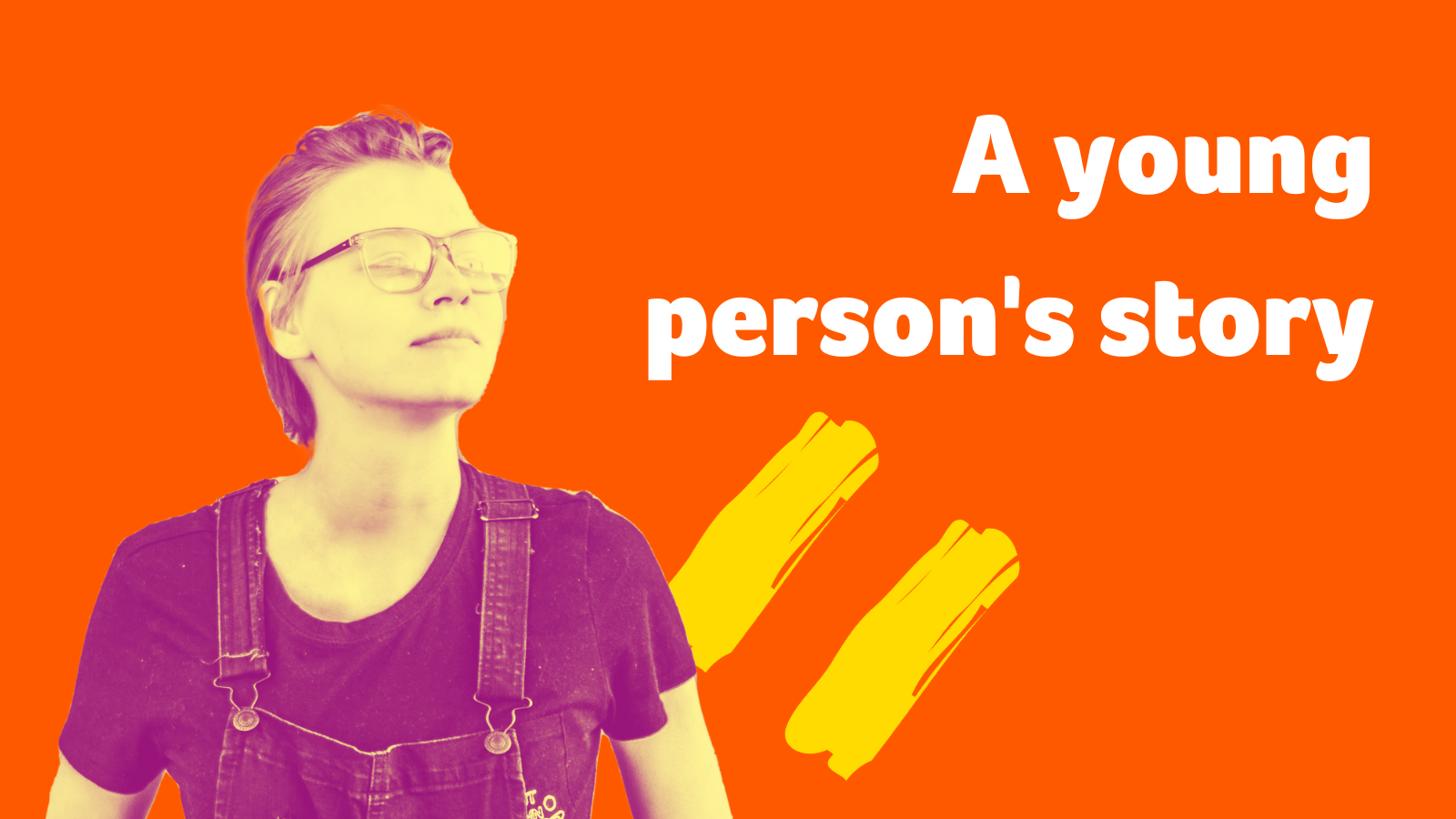 “I trust Cranstoun Here4YOUth and I know that the staff are working to help and support me. I can trust my key worker, it is a confidential service and I know she would only break that if she needed to”.

Early intervention is crucial to break the cycle of crime and substance use. When speaking with a young person using our service this is what they had to say.

“Since working with my key worker I’ve been looking at ways to avoid smoking such as increasing the days I go to boxing. I have also learned how to reduce the health risks and about the impact on my mental health which was all new to me”.

A Male Survivor: Removing the Stigma

Cranstoun offers all victims of domestic abuse our services. Here, we hope to break the stigma, to encourage male victims to come forward and allow everyone to live their lives safely.

*The names in this video have been changed and some content may be distressing for viewers. 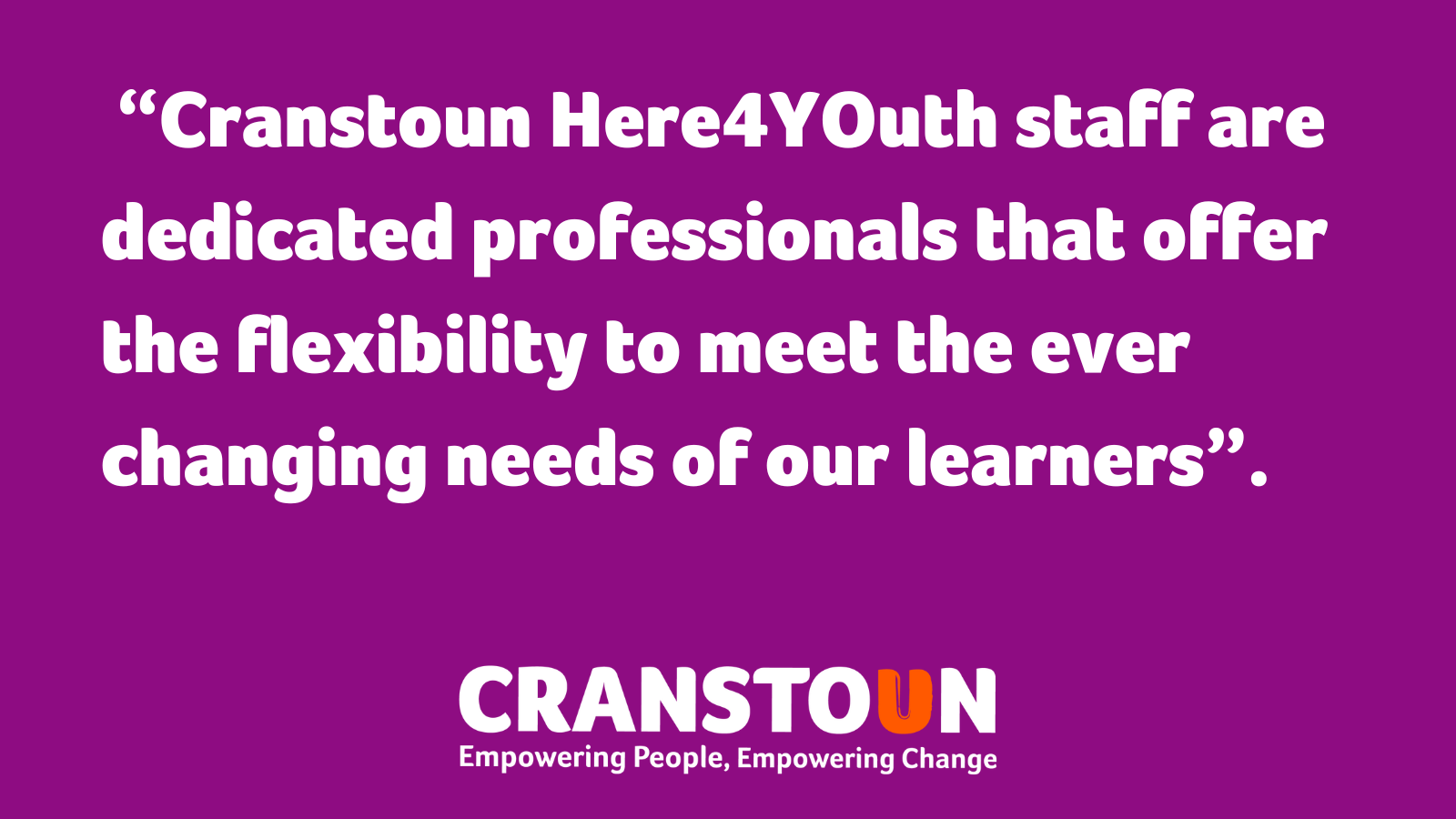 We are pleased to have spoken with a teacher that works closely with us, on their experience of our Cranstoun Here4YOuth programme.

“Help is out there. You’re not alone. The one message I would give would be, break free. There is a life, and it can be a good life. You can laugh again, you can do what you want to do”.

Debra experienced 28 years of domestic abuse. Finally free, she is stronger, braver and happier. Debra is a survivor. Watch her story to see how Cranstoun contributed to her journey to recovery.

A donation to Cranstoun can rebuild a life, transform someone’s reality and create a positive future.